Thumbs UP to All of You

Thumbs UPstate 2103 is in the books and there are just so many people that helped make it possible, it's hard to know where to begin.

Well, first we have to thank Dustin Czarny and the Central New York Playhouse. They've been incredibly supportive of the SIC this year, but three nights and one very full Saturday are just above and beyond. Thank you. Thanks also to Justin Polly, Jenn DeCook, Kasey Marie for staffing the place. And Cathy's Corner Cafe for keeping the crowd lubricated.

To all of our "official" volunteers: Mike Borden, Emily Lawson, Paul Bailey, Alexis Pierce, Briana Kohlbrenner, Ron Sweet, Phil Brady, Stephen Peters, and Christopher Malone. You all kept us sane. It's nice to know that sometimes you don't need to be every place at once because you have awesome people helping you. Thank You.

To all of our "unofficial" volunteers: If you stacked a chair, held a door, retweeted a plug, told a friend, liked a status, picked up a pen off the floor... those little increments added up to awesome. Thank you.

If you ever need an emcee, a stand up, or a potato rapping cultural concierge, start with Anna Hall, Anna Phillips, and Michael John Heagerty. They're beautiful. Thank you all.

Stefanie Noble did a great job designing the flier, which we then reappropriated into festival and staff badges. Thank you, Stefanie!

Our workshop leaders Scott Austin and Lou Leonardo came in from New York City and Chicago to bring back a fraction of what they've learned to share it with their students. Ken Keech came from the Westcott Nation to do the same thing.

To each and every stand up and team that came to the festival:

Clearly, without you, this festival would be very boring. Thank you.

Last, but certainly not least, thanks to everyone that came out to support these independent artists and entertainers. Like Anna said, you could have stayed home and watched episodes of Lost on Netflix, but you came out. You showed up. Hopefully you enjoyed yourselves. And hopefully we'll see you again. Thank you.

Let's do it again next year, ok?

Joe, Ken, Vanessa, and Mike
The Thumbs UPstate Team
Posted by Mike I. at 6:38 PM 1 comment:

Email ThisBlogThis!Share to TwitterShare to FacebookShare to Pinterest
Labels: 2013 Festival

Search Engine Improv is too busy being awesome to have time to fill out a profile. They did add a question though.

1) What makes your team unique?
The fact that one guy from Chicago, one from NYC and one from Boston get along

2) Do you know what games / forms you plan on doing for the festival?
These days, we never know until we step out on stage.


3) How long has your team been working together?
Since late 2010

1) What makes your team unique?
Our whimsy coupled with our disproportionately high number of scenes about black tar heroin.

2) Do you know what games / forms you plan on doing for the festival?
We’ll be doing a La Ronde. Maybe it will be modified, maybe it won’t. Who knows? We WON’T be tamed. 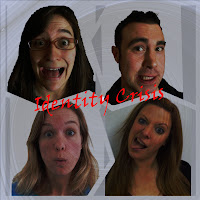 1) What makes your team unique?
We are the proud graduates of Syracuse Improv Collective's Level One Improv Workshop. Instead of getting diplomas, we got each other. We are three girls and a guy who simply clicked and wanted to keep doing improv together. We like each other so much, we even wear each other's faces on our shirts.

2) Do you know what games / forms you plan on doing for the festival?
Short form games are our forte.