Thumbs UP Profile - Phil in the Blank 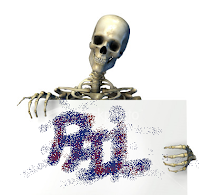 Phil in the Blank appears from a distance to be a pun, until you realize no one in the troupe is named Phil. And then we don't know what it is. But they're coming from Buffalo which earns them the reward of "Most Area Codes Crossed"  to get here... for now.
Q: Holy crap, you guys are babies. By which I mean, your troupe hasn't been together that long. What inspired you to form a team?
A: That is actually quite the story, see, we didn't actually form our own troupe. All of the Phils, including myself, were a part of a club on campus called UBImprov. After performing in this club for about a semester, the troupe running the club thought we were ready to form our own troupe. They asked us if we were interested, and if so, they threw a troupe together based on who works well together. So, really we've only been a troupe for half a semester now. However, it turned out extremely well. We recently became more individualized running our own troupe, and have added more members; and with these new members creates the official troupe Phil in the Blank.

So, we half formed our troupe; it was really more of a process that happened on its own. We just worked with it. (I'm hoping that made sense.)


Q: Do you favor any particular flavor of long form?
A: We don't really have a name for the type of long form improv that we do, it was something that developed over time. At first, we learned and practiced Montage; which we developed into more of a "story-line" format. Where one phrase in a scene effects the scenario of the next scene, and so on, and all these scenes are in the same universe.

Q: You perform in a place called Baldy 101,  That requires explanation.
A: Well, as you know, we are a troupe at the University at Buffalo. On the North campus (because there are actually 3 campuses), we perform in Baldy Hall, room 101. The design is of a circular, miniature theatre; which makes things a little more interesting when performing considering the audience is not just in front of you, but on the sides as well.

Q: What's the improv scene like at UB?
A: Well Mike, there are presently 3 student run troupes on campus as well as a few in the general Buffalo area. Although we have some "improv flow" going through Buffalo, the majority of people here don't know what improv is, sadly enough. But hopefully word of improv will spread like wildfire so, by next year people will be more informed.

Q: Your troupe has the distinction of coming from the farthest west. How do you plan on dealing with the time change? (Full disclosure: I don't travel much)
A: Well, there is actually no time change between Buffalo and Syracuse. None that is notable anyway. But we do plan on being completely awake when we get there leaving so early Saturday morning..... as long as we get our Tim Horton's coffee before we leave.


Phil in the Blank performs at the Thumbs UPstate Improv Festival on Saturday, April 9. Due to religious beliefs, there are no photographs of Phil in the Blanks. We ask that they wear pink carnations when they perform so they know who they are.
Posted by Mike I. at 4:49 PM